My wonderings and wanderings in the world of all things wild…

As a scientist, I am interested in the influence of the environment on animal populations, particularly in the impacts of habitat and climatic changes on biodiversity conservation. To that end, my work develops mechanistic models relating animal population dynamics to key environmental drivers. During my PhD, I built an individual-based model to predict the impact of habitat conversion and climate change on elephants inhabiting the Amboseli ecosystem in southern Kenya.

I’m currently a post-doctoral researcher in meteorology, using satellite-derived estimates of rainfall to support agricultural resilience programs across Africa. I’m keen to apply much of what I have learnt here to advance ecological forecasting and hope to work with conservation practitioners to co-develop tools to support conservation planning at actionable timescales.

At a time of rapid global change, wildlife is increasingly squeezed into smaller and more isolated pockets of land, with ultimate impacts on population dynamics and ranging behaviour. This is particularly apparent in the African elephant (Loxodonta africana), which once had a near-continental range, but is now greatly fragmented and largely in decline. As a keystone species, it is important that scientists and wildlife managers are able to make accurate predictions about how future changes to ecosystems are likely to impact elephant populations.

Elephant population dynamics and ranging behaviour are largely governed by access to food. I use remotely-sensed (satellite) measures of vegetation to map food availability over time and space for the elephants inhabiting the Amboseli ecosystem, Kenya. Population dynamics and movement behaviours are predicted using an individual-based model developed in NetLogo. The model incorporates a newly proposed energy budget model so that variation in food availability results in differential survival, growth and reproductive rates. The model is calibrated and evaluated using demographic data from the long-running Amboseli Elephant Research Project and is then applied to project the effects of climate change and habitat loss on elephant population size.

In September 2019, I hosted a workshop with conservation practitioners operating in Amboseli. The aim of workshop was to understand if and how my model could support conservation conversations in the ecosystem. As a result of the discussions had with participants during the workshop, I am now pursuing funding to further develop the model into a tool for use by practitioners in conservation decision-making. 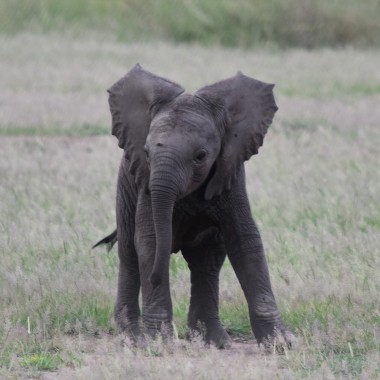 In many South African reserves, African elephant (Loxodonta africana) populations have grown to a point where densities are considered unsustainable. For decades, reserve managers have attempted to control elephant numbers, employing a range of both lethal and non-lethal techniques. Whilst lethal control (culling and hunting) once dominated, increasing ethical concerns saw an end to culling in the mid-1990s. The application of non-lethal techniques – including translocation, contraception and range expansion – has since expanded, but there is little information available on the long-term impacts of these methods.

Alongside my friend and colleague Heike Zitzer, I am studying a population of elephants which have experienced several types of non-lethal control. These individuals present a unique opportunity to study:

Recent declines in UK populations of Northern lapwings (Vanellus vanellus) have been attributed to poor breeding success. Eggs and chicks are vulnerable to predation, food limitation and adverse weather, but hatching and fledging success vary by location, with marked differences even between pairs nesting in adjacent fields.

Working with the Game and Wildlife Conservation Trust on the Waders for Real project, I radio-tracked lapwing chicks from hatching and monitored their fate. I constructed maps of the Avon Valley, an important breeding site for lapwings, and related successes and failures of broods to habitat features in the landscape. I was able to identify important habitat features affecting lapwing chick survival – including shallow water sources, perimeter woodland and livestock density – and made recommendations for habitat manipulations. The recommendations I made have since been implemented as part of a greater effort to aid breeding wader recovery in the Avon Valley.

Contrary to the overall decline in African elephant (Loxodonta africana) numbers, in many small, fenced reserves in South Africa, elephant populations are growing. Some are concerned that some reserves now have ‘too many elephants’, as high elephant densities can cause changes to the structure and composition of vegetative communities.

For my undergraduate dissertation, I studied a population of elephants inhabiting a small, private reserve in South Africa. I used habitat surveys and elephant tracking data to assess how heavy elephant utilisation of habitats impacted the diversity of tree species. 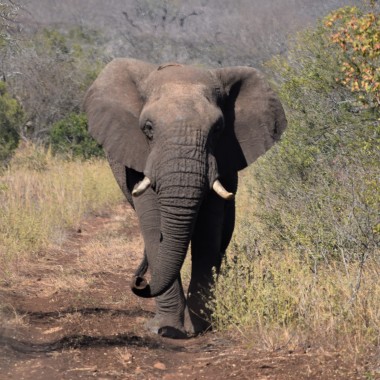